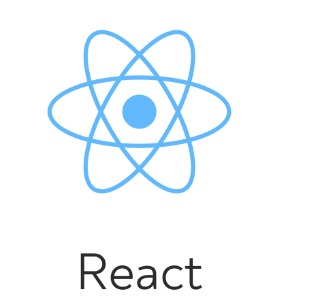 There are several alternatives to React that can be used in web development. These include Inferno JS, Ember JS, Aurelia, and Preact. Listed below are some of their pros and cons. You can decide which is best for your project based on your needs. Before you choose one, make sure that it has all of the features you need.

Inferno JS is a fast JavaScript library that provides a React-like API. It’s also very good at isomorphic rendering of real-time data views. Other features include support for JSX and hyperscript. It also supports earlier browsers and leverages internal objects for optimization. Although Inferno doesn’t have the same level of support as React, it has some advantages that may appeal to developers.

Inferno is compatible with Webpack. Its compatibility with Webpack is easy to implement, though it requires the Babel module aliasing plugin. Inferno supports inline CSS, making it easier for developers to create responsive websites. However, it doesn’t support lazy support for XHR and routing. Inferno is not perfect and doesn’t have as large of a community as React.

Inferno JS was built by a former Tesco Software Engineer Dominic Gannaway. While working on complex mobile web apps, he found performance issues, and decided to build an alternative. He was able to address the problems he had encountered. The new framework is designed to solve this problem.

Inferno is an alternative to react that supports the JSX and Hyperscript frameworks. It also supports Vanilla’s createElement method, and it’s optimized for performance. Its small size makes it one of the smallest React alternatives. It supports most modern browsers (IE9+) and is extremely fast.

Inferno JS is a great alternative to React. The project is actively developed and maintained, and over 15,000 people have starred it on Github. This means that it’s worth trying out. It’s also one of the fastest JavaScript libraries available.

If you are considering using Ember JS as an alternative to React, you’re not alone. Developers using React often complain about its lack of conventions and structure. But Ember’s vibrant developer ecosystem provides many tools to help craft the user experience you’re after. For example, the Ember CLI lets you build and test mock servers and APIs. It also generates reusable UI elements.

The command-line interface provides an interactive environment for developers, making it easy to interact with the operating system and browsers. Developers can also use this interface to generate code and perform live recompilations. With Ember, developers are able to control the routing of components without having to reload the page. Ember JS is backwards compatible, which means that future updates won’t mess up apps running older versions.

While React is still one of the most popular frameworks for building web applications, Ember is a good choice if you’d prefer to develop a server-side application. This framework offers a component-service architecture, which allows developers to manage the application’s interaction with data and asynchronous programming. In addition to that, Ember offers a number of features that make it an attractive alternative to React.

The downsides to React include poor documentation, and less than perfect documentation. Fortunately, there are numerous alternatives to React, and it’s possible to find one that suits your needs. Besides being well-documented, you can also find a large community of developers online.

For beginners, Ember JS is a solid choice because it allows for a simpler, more straightforward API. However, if you need to build a complex application, React is probably the better choice. In addition, it is more flexible and supports multiple components. Whether you need a simple interface, or something more advanced, both frameworks offer you a powerful set of features.

Although React may have more features, the price tag is not comparable. With the latest version, the size of an application can be reduced up to 30%, while the performance remains the same. The learning curve is smooth and the community is large.

If you are looking for a lightweight framework for building web applications, you may want to check out Preact as an alternative to React. The framework is less complex than React and comes with a fast rendering time. It is compatible with the React API, supports the same ECMA Script, and is very easy to integrate into an existing React project. Preact also has an active community and a dedicated CLI that can help you get started quickly.

The main difference between React and Preact is in the amount of memory they consume during a session. In the React framework, the memory used is measured after the page loads and after each 1,000 rows. In both cases, Preact used less memory. You can learn more about how Preact works by reading this article.

Preact is a lightweight alternative to React created by Jason Miller. Its main purpose is to make web applications faster. It uses a lightweight JavaScript framework, and is 3kb in size. It also uses the Virtual DOM paradigm, making it one of the fastest available Virtual DOM libraries on the market today.

Preact is similar to React in a number of ways, including its size. It’s compatible with the React package ecosystem and can be used with the same libraries. It’s easy to use and extend React code with Preact, thanks to a compatibility layer called preact-compat. The Preact language supports stateless functional components and ES6 class-based component definition. Preact also offers a command-line tool, called preact-cl.

While Preact is not a perfect replacement for React, it is a useful tool for developers who already have experience with React. Preact is better for smaller projects and progressive web apps, while React is better suited to larger, complex applications. Ultimately, it’s up to you to decide which one will fit your needs.

If you’re looking for a modern, modular approach to building web applications, you should consider using the framework Aurelia, which is designed to be unopinionated and extensible. Developers can easily add custom elements and attributes to the base framework, and the framework provides a self-documenting language. Developers can even use conventions to customize the code, making it easier to understand how to build reactive applications.

Aurelia is a cross-platform framework, and supports ES6 out of the box. It also supports alternative abstraction syntax, such as JSPM. Its syntax is much simpler than Angular 2, and it is similar to standard JS syntax. It also comes with a gulp file with a custom-built system for transpiling ES6 code to ES5 using Babel transpiler.

In addition to its extensibility, Aurelia is lightweight and easy to use. It is also completely modular, and developers only need to include the dependencies they need. The framework also allows components to swap out or change. Developers can also use libraries designed for jQuery. The documentation is also extensive.

Aurelia is easier to learn than React. It offers a familiar API, which is especially helpful when building simple applications. It requires a solid knowledge of JavaScript conventions and can even handle complex tests. It is compared to Angular in many ways, and those with experience with Angular will find it easier to switch to Aurelia.

The documentation for Aurelia is extensive, easy to use, and well-groomed. Since its launch, Aurelia has gained widespread recognition and has been used to develop over 1,000 websites. Aurelia is an open-source project, which means it can be used free of charge by developers.

Aurelia is a framework for building responsive applications. Its pluggable pipeline and child routers allow for dynamic data-driven UI composition. It also supports legacy applications and script-tag building. Its streamlined API and binding system make it easy to use. It can be used in web and mobile applications.

Aurelia is another lightweight framework for web applications. Like React, it uses a virtual DOM to render data. This means that it’s less complicated to maintain than a traditional web application, and it’s easy to learn. It also has a CLI, so you can quickly develop an application with it.