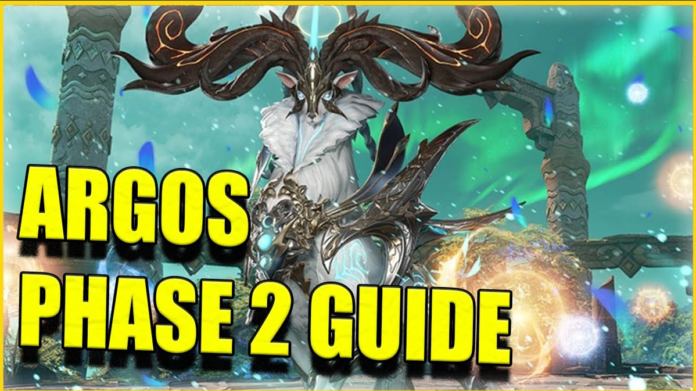 Argos’ body can deal damage through shockwave damage and can also glow purple or golden. Both of these effects can affect the entire party. There are some tips for defeating Argos that will help you win the battle. One YouTuber, TenTen, has a video showing the mechanics of Phase 1.

Defeating Argos phase 2 is a tricky battle in which the argos deal huge amounts of damage with their AoE attacks. The first thing you need to do to survive this fight is to stay within the circle of protection. The second thing you need to do is to avoid the different phases that Argos will use to attack you.

The first phase is a Safe Spot phase. When you’ve reached this phase, your group will receive a dotted circle around Argos. He’ll attack the players on his side of the circle, who will then be either moon or sun-affixed. As soon as he hits a player, the other group will take damage as well. When he changes groups, you should make sure that you rotate your DPS so that your damage is balanced between the two groups.

The next phase is the same as the previous phase, but the Argos is more powerful this time. It’s important that your party consists of members from different party types to get the highest amount of damage. As for the party composition, you should remember that the Sun Party needs heavy damage while the Moon Party needs heavy staggers to survive.

The Moon party should communicate with the Sun party before the Moon party phases Argos. It’s important that both teams are aware of each other’s locations. The Moon party should inform the Sun party so that they can prepare accordingly. Then, the moon group should move towards the right edge of the mini-boss arena to get the laser. Defeating Argos phase 2 is a challenging battle against time! You only have one and a half minutes to deal 30% damage to the mini-boss.

To defeat Argos phase 2, you must be item level 1385. The Chosen Set is a good choice for this, and you can upgrade it if needed. For this, you will also need to have 3 level 3 engravings, but if you aren’t able to get these, two should be enough.

Defeating Argos’ memory attacks is a key to survival in the game. These attacks work by spawning a circle of charges around Argos. You need to memorize these charges and avoid getting hit. When this circle is formed, make sure to stand in the right place so that you don’t get damaged. The safe zones for this type of attack are on the bottom left and right of the map.

Argos is a very difficult Npc to deal with. His AoE attacks deal massive amounts of damage. The easiest way to avoid this attack is to stay close to the outer edges of the arena. If you’re in melee, you need to be aware of his back kick. Try to position yourself so that you’re out of range, and use your dodge abilities to avoid getting hit.

The first part of this phase is simple enough. When you’re in range of Argos, a cylinder-shaped mark will appear on your head. If you’re able to hit it, you’ll get a buff from the purple sun. You’ll need to repeat the process a second time to defeat the mini boss. Once you’ve defeated the mini boss, you’ll be transported back to the main area where you will fight Argos again.

Once you’ve defeated the memory attack phase, the next phase will be a challenging boss. You’ll need to collect materials from the boss so that you can craft stronger gear. While the first phase is relatively easy, the second phase will challenge even the most experienced players. If you’re looking to make it through this part of the game, use these tips and tricks.

If you’re trying to beat this boss, you need to have the right party composition. Defeating Argos is a matter of coordinating the actions and communication of your party members. It’s a good idea to divide the game into two parties and work together. Defeating Argos’ memory attack phase 2 involves using heavy damage and staggers to protect your party.

The first step in defending yourself against Argos is to make sure you are in the right place to prevent the Argos’ attack from affecting you. The Argos’ sun attack is the most damaging. It explodes in three seconds and deals massive damage. Argos also uses four spheres to move in four directions, causing damage as they move out. Be prepared for this and be prepared to dodge the spheres when they move in your direction.

The second mechanic involves a timer. Argos will wipe out the entire party after 15 seconds, so it’s important to keep this in mind. You’ll need to use the timer to your advantage. Once the clock reaches 20 seconds, you’ll have a little over a minute to deal 30% damage.

The final phase of the game is a boss battle between the moon and sun teams. You’ll have to kill the sun boss to move to the moon boss. This means that your sun team must deal high damage to advance. Once they’ve achieved this goal, they can use their improved stats to teleport to the moon boss. You’ll also have to keep a careful eye out for the exploding fireflies, which can stagger you.

The second phase of the game is the Argos phase. In this phase, Argos will move to the center. As he does, he will form a circle around himself and will set himself to a neutral affix. During the fight, players will be able to use their sun and moon affixes to deal an equal amount of damage to Argos.

Defeating Argos’ sun or moon mechanics is a tricky task. In order to win a battle against the Argos, you have to know where to position your team. If you’re not in the center, they’ll spawn around you. As a result, your moon team will need to position itself at a certain spot in the center of the map.

Argos is a hard NPC, as he uses AoE attacks to deal tons of damage. You will need to be smart and communicate between team members to get the best results. The best approach is to split up the party into two teams of four members each, with one support on each team. While you can use a variety of attacks, the key is to make sure all members have good health and shield potions. You should also be aware of his basic attack patterns, including phase-based attacks and frontal attacks.

First, know where Argos’ safe zones are. He’ll generate eight of them around himself. There will be two in each direction. When he’s in one of these zones, he’ll attack, but only if he sees a person with the opposite color. When you know this, you can coordinate your moves accordingly. Once he is in the safe zone, he will stay there for about two hours.

Argos’ safe zones can be defended by moving quickly from one to another. If you’re attacking a player who has Moon or Sun status, move into the correct zone immediately. If you don’t, you’ll be severely damaged. While you’re moving, don’t use the same moves as the player with Moon or Sun status.

The first phase of the Abyss Raid is a difficult challenge. Despite having a few coop mechanics, this phase is less coop-heavy than the later ones. For instance, you’ll be assigned a Sun or Moon affix when you enter the Abyss Raid phase. Then, you’ll use those abilities to attack the enemy.

Defeating Argos’ safe zone requires careful planning. You’ll need to be prepared for a roar from Argos and move to the correct tile for your affix. After you’ve chosen your affix, you’ll need to avoid the giant circles that Argos summons. Each of these circles will deal damage to your opponent. If you don’t move out of the circle in time, you’ll take a huge hit.