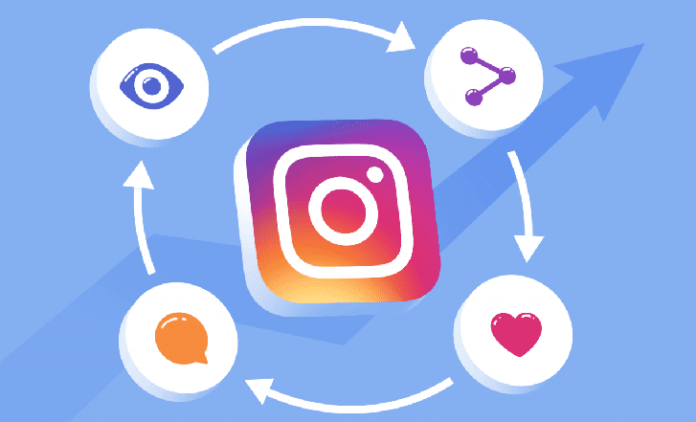 When it comes to determining what will be on your Feed, there are a few things you can do now. Using data from your own profile, you can predict which posts will be liked and interacted with. Instagram looks at how much time you spend on your posts and how many people comment on them. The more engagement a post receives, the higher it will appear in your Feed.

Instagram recently announced that it will be rolling out a new feature that lets users view posts from those they follow in a reverse-chronological feed. This is similar to how Facebook has rearranged feeds since it acquired the app in 2012. The new feature allows users to choose which accounts they want to see first. The algorithm will then display posts that the site believes will be the most interesting to them.

The new feature is based on Instagram’s algorithm, and will be defaulted on. During a Senate hearing last year, Instagram CEO Adam Mosseri teased the feature, saying that it would let users choose which posts to see. He also said that the company would maintain its algorithm ranking method by default.

Instagram users will be notified of the new feature through a pop-up in their feeds. They will then be able to choose a feed. Previously, the algorithm only served posts based on the user’s interests. In December 2021, Instagram CEO Adam Mosseri told a Senate panel that the company was working on a solution that would allow users to see the posts that they want to see.

Instagram has been testing this new feature since early December. While users will not be able to make their preferred feed the default option, they can manually switch to Favorites or Followers to see their news feed in chronological order. However, it is not clear when this new feature will be rolled out to the general public. It is likely that users will be unhappy with the new feature, but there is a good chance it will make them return to the chronological version of Instagram.

Another feature that users have been requesting for a long time is the ability to see posts in reverse chronological order. Since Instagram users don’t necessarily read their feed in its entirety, a reverse-chronological feed will allow them to see what they need to see.

While the Instagram algorithm still impacts the majority of users and placements, it has evolved and now rewards higher quality content. Video content has become more prominent and AI-driven recommendations are more common. The algorithm has a large impact on how a brand is perceived on the platform, and brands that build a strong community with a high number of followers will continue to thrive, regardless of the algorithm changes.

To ensure that your account is not negatively affected by the new algorithm, make sure you spend time engaging with the app on a daily basis. Post at least one photo each day, go live a few times a week, and answer comments and DMs as soon as possible. If you’re not active enough, you’ll continue to feel the oppression of the Instagram algorithm, so make sure to post regularly.

Instagram’s algorithm determines the relevance of content by analyzing the number of comments, shares, and tags. This information helps the Instagram algorithm understand what users are interested in, and serves them with more of that content. The algorithm also considers the timeliness and popularity of posts. If the algorithm finds your post to be more relevant than others, you’ll receive more comments and fewer ads.

If you haven’t already heard, the Instagram algorithm may be changing in the coming months. The algorithm focuses on giving you more of what you want to see. It prioritizes posts by analyzing your behavior and interests. The algorithm also determines what content you are most likely to like and will deliver it to your feed. If you like a particular creator’s posts, you’ll see more of those posts, as Instagram will prioritize their content.

As you use the app, make sure you’re posting regularly and interacting with your audience. Whether that means posting daily or going live a few times a week, making sure you post regularly will increase your engagement significantly. It’s also a good idea to switch up the types of content you post to keep your content interesting and increase your chances of getting more favoritization from the Instagram algorithm.

Another way to improve your engagement on Instagram is to post more carousels. These are posts that contain 10 swipe-worthy photos or videos. You can use them to showcase user-generated content, event recaps, and reviews. Use hashtags to expand your reach on Instagram. Lastly, remember that the Instagram algorithm values comments more than likes.

Besides that, the algorithm also considers your past engagements with certain content. Using these data, the algorithm can figure out what kind of content you’re more likely to engage with. It can also use video understanding based on pixels. This is how Instagram is able to determine what content is interesting to you.

Since the Instagram algorithm is constantly evolving, it’s important to understand how it works. The current version of the algorithm prioritizes posts based on their relevance.

The Instagram algorithm is a complex system of algorithms, processes, and classifiers. What started as a simple chronological algorithm where posts were displayed in order of creation is now a sophisticated system that displays content based on users’ preferences. Here are a few things you can do to help you keep up with the algorithm.

Instagram’s algorithm aims to prioritize posts based on user interaction history and customer relationships. Engagement is another important aspect. If your content is engaging, people are more likely to click and share it. Besides, Instagram’s algorithm prioritizes video content. That means that you’ll be featured more frequently if you have more video content than images.

Instagram’s algorithm will also look at the types of posts users like, when they post them, and how much they interact with them. This way, the app will be able to provide the best posts for each user. It will also prioritize posts that are relevant and timely. Ultimately, it will be possible for Instagram to determine which posts are more likely to inspire actions from their users.

Best Email App For Android in 2021