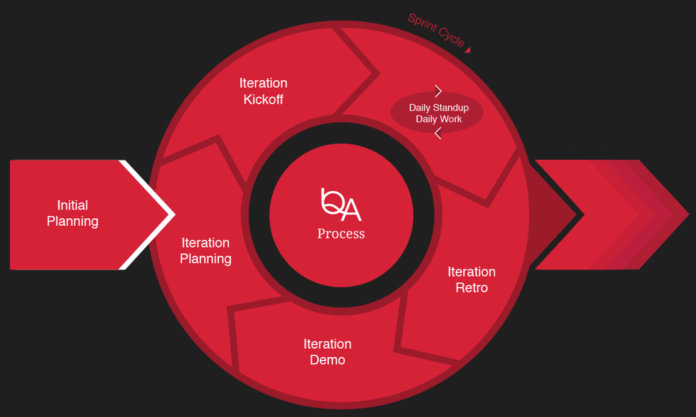 QA methodology has evolved to cover many different aspects of software testing. Today, we can learn about Waterfall QA, Iterative QA, and Data-driven testing. These four approaches are all useful when performing testing. However, each has its own advantages and disadvantages. These approaches can help you create high-quality software that is free from bugs.

Test-driven development focuses on writing code that passes a test. This approach does not require developers to write well-written code; in fact, it often encourages developers to use code that is duplicated and less efficient. The key is to write the simplest possible solution to a problem, rather than a perfect solution.

The TDD process is a process of software development in which a developer writes a unit test, writes the code necessary to pass the test, and repeats this process until the unit test passes. It is recommended that at least two developers be involved in the process, but you can do it with just one.

The benefits of test-driven development are many. It creates a modular codebase and a safety foundation. It also encourages developers to think about software as small units and write tests independently of each other. As a result, software is easier to maintain and refactor.

Another benefit of TDD is the emphasis on unit testing and programming. Developers build a test first, and then write production code to satisfy the test. If the test fails, the developers refactor the code to make it pass. Test-driven development can lead to cleaner code and reduce code bloat.

Another benefit of TDD is that it is more productive. This is because smaller steps result in faster development. It is much easier to find defects in a two-line chunk of code than two thousand lines. This method helps developers write software faster, and it makes the compiler faster. This means that developers can make small changes without breaking the entire system.

Iterative QA is an agile development method that breaks projects into smaller chunks and tests features one at a time. The goal is to release updates frequently to improve feedback from users and check that expectations are being met. It has the same structure as Waterfall, but the duration of each stage is shorter and the objectives are narrower. The risks are also fewer than with Waterfall.

This methodology starts with planning, where developers and clients sit down and discuss requirements. It is important to note that the planning phase does not address quality assurance requirements and risks. It is then repeated during the next iteration. During this process, analysis is also done to streamline the development process. For instance, identifying database models will help developers map out the next iteration.

After the developer has completed building the application, the next step is to perform testing. This step identifies potential bugs and issues that need fixing. It is also helpful for testing new features and products. In addition, it is important to regularly check in with project stakeholders and gather their feedback. These stakeholders will provide valuable input on the next iteration.

The advantage of this method is that it is flexible and allows for quick adaptation to changing requirements. During the iteration process, developers can make fundamental changes in implementations and code structures. This can be done at reasonable cost and in a minimal timeframe. In addition, if a change proves detrimental, it can be easily reversed.

The iterative method allows developers to test a product before releasing it to the public. Once the new version is complete, developers and users can review the results and evaluate if they need to make any changes. They can also restart the iteration process when they see an improvement they’d like to make.

Iterative testing is also useful for product managers who want to identify bugs and improve usability in a short time. It helps organizations deliver better products in the marketplace.

In software development, the Waterfall QA methodology is one of the most commonly used approaches. This method emphasizes documentation, planning, and user interface specifications. Then, testing takes place based on the specifications. Testing can be done by referring to the scenarios that were defined in the functional specification. This methodology is ideal for projects that require a large number of features, but there are some disadvantages to this approach.

In Waterfall QA methodology, testing activities begin once the design phase is complete. This is the shortest phase of the methodology. During this phase, programmers code the application according to the specifications and requirements. However, if any significant changes are needed, the testing phase will need to be repeated. The goal of testing is to ensure that the software is error-free, meets all requirements, and provides a good user experience. To do this, the testing team uses design documents, personas, and user case scenarios.

Waterfall QA methodology is less effective when client requirements are not clear from the beginning. This methodology also has difficulty in estimating project time and cost, which makes it an ideal choice for smaller projects. However, if the project is too complex, the Waterfall methodology may not be the best option. For this reason, it is important to decide on the specific aspects you will test.

In Waterfall QA methodology, feedback flows from design and code testing to requirements specification. This feedback can also lead to changes in requirements, which may require a redesign. This can take a substantial amount of time and money. A more efficient methodology is the agile development method. This methodology also avoids the need to reengineer a project, which can make it expensive.

Waterfall QA methodology can be used in larger enterprises. This approach is popular with SIs when building IT applications. It requires disciplined management and a structured approach. It also encourages resource utilization. When completing the requirements phase, the team can then develop a comprehensive application. It also maximizes resource utilization by splitting tasks into parallel and grouping them to make use of different skill sets.

Data-driven testing is an important element in the quality assurance (QA) methodology. It provides a flexible and infinitely extended framework for automated test projects. It enables the testing team to create new test cases for every new line of data. Data-driven testing makes use of DB Tables, which store links to database tables and queries. In addition, it allows serial access to records in a database.

Data-driven testing is a method for testing a software application by retrieving data from a data source, entering the data into the software application, and comparing the actual output to the expected one. The process is then repeated with a different set of input data. In order to perform this type of testing, it is necessary to have correct input data and a well-designed data-driven test script. The data-driven tests are more flexible and can save time, because a single function or action is used in a number of test cases.

One common example of a data-driven test is a customer order form. In this case, the data used to create the test case are only the values entered during the recording. If the data does not match what was expected, the test would not be successful. This approach allows for a more flexible application maintenance and development approach.

Data-driven testing can be very effective for large-scale testing projects. It can help eliminate many of the time-consuming and laborious tests associated with manual testing. It also allows testers to build a variety of test cases in a single test script. It also makes automated tests easier to maintain.

Another great benefit of this approach is that it allows for frequent data changes and is easy to maintain. It is particularly useful for projects where the data is constantly changing. The Data Generator can generate data according to the parameters entered. This will reduce the amount of time spent on data preparation. Further, it allows the developer to create a database of test data without any manual intervention.

Data-driven testing also reduces the number of manual tasks and generates less code. This makes it easier for testers to work with large volumes of data, resulting in better coverage and a lower risk of regressions. In addition, it helps reduce the possibility of duplication and redundancy. Data-driven testing is an essential element for software development.

The Application of Matrix

The Application of Matrix

A matrix is a mathematical concept that is used to represent numbers. Its applications are varied, from science to computer graphics. Many of today's...