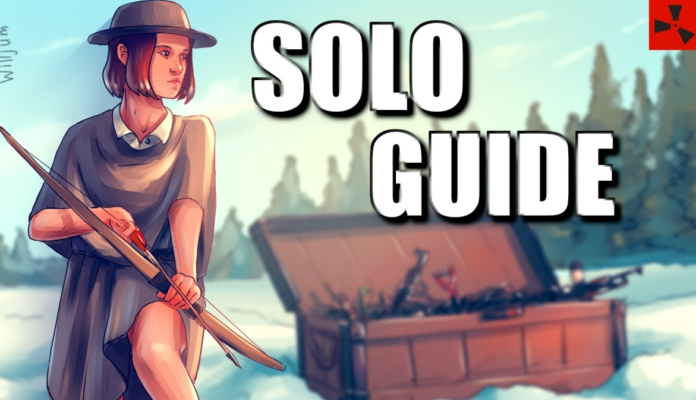 Rust is a survival game that allows you to play with other players or go solo. You start with rudimentary tools and gradually advance to firearms and massive bases. Along the way, you’ll encounter wild animals and face hunger and thirst. The main threat is other players, but you’ll still have to deal with other elements. The game left Early Access in early 2018 and continues to add new features and content.

Survival in Rust as a solo player

When playing Rust as a solo player, there are a few tips to help you survive the game. First of all, it is better to start out on a small scale and use resources efficiently. Do not rely on other players to survive, as this can lead to trouble. In addition, solo players face more dangers and risks of death, so being aware of the different dangers and potential traps is essential for survival. You should also pay attention to the different types of mushrooms and plants that can boost your health and hunger. It is also a good idea to use hemp plants and other plants that can provide you with energy to fight off enemies.

Secondly, you should try playing on different types of servers. There are some dedicated servers that are designed for solo play, so you can easily find one without large gangs. Such servers also have smaller player counts, which will make the game more manageable. Thirdly, Rust servers are reset regularly to allow for fresh starts, so you should try to join at the start of a new cycle. Doing so will help you avoid encountering rivals who will steal all of your resources and prime locations.

If you are alone, one of the best ways to stay alive is to stay close to the campfire. This way, you will be able to confirm if someone is approaching you from the outside. If you are alone, the comfort bar will never exceed 50%, but it will rise to 100% when there are other people nearby. A campfire will also serve as a silent alarm if someone is coming close to your base.

As with any game, being a solo player is a challenge. When you are alone, you are the only person in the world, and groups are often more apt to attack you in combat or in your base. In these situations, you must be very careful to survive.

Moreover, Rust is especially difficult to play if you are a newcomer. You’ll need to be very patient, and some Rust servers do not offer much help for newcomers.

The first step in overcoming the frustration of PvP in Rust is to remain calm and not panic when you encounter a hostile player. The game is full of factors that can wreck your progress, so it is important to stay calm and assess your situation before entering dangerous situations. By doing this, you can learn from your mistakes and improve your run.

PvP in Rust can be difficult if you do not know how to use tactics. The players are very competitive, and they will not tolerate weak or beginner players. So it is essential to learn some strategy in order to survive. A good solo guide can help you in this situation.

A good solo guide should start with scouting the map. You can try to scout the map before rushing into PvP lobbies. By doing this, you will be able to determine which parts of the map are more dangerous than others. You can also make alliances with these people to trade with them. However, you should be careful about who you let into your base. You should also be wary of new friends who appear suspicious.

Do not get discouraged because PvP isn’t impossible in Rust. If you are a solo player, you can still participate in skirmishes and raids. However, you should avoid raiding around your base as it makes it more vulnerable to attacks. It is also important to practice counter-raiding as it can buy you time to move loot out of the way.

It is vital to use the proper weapon. Remember that in Rust, you can find different types of weapons from airdrops, attack helicopters, and more. Choosing the right weapon will make your life easier and allow you to survive in the game. You must also choose the right armor to protect yourself from animals and other players.

A revolver is your safest handgun. This can help you kill many enemies at a time. Also, it is an excellent choice for PvP because it is versatile and can give you new firepower.

As a solo player, Rust can be extremely frustrating at times. Many factors can work against you and cause you to lose a lot of progress. One of the best strategies is to stay calm during the most frustrating moments. Instead of rushing back into dangerous situations, assess your situation and work to rebuild your resources. This will enable you to learn from these instances and improve your game in the future.

One thing you should remember is to never let people in your base if you aren’t sure they’re reliable. Players will raid your island and houses to gather resources. The best way to deal with this is to protect your base from being raided. It is also beneficial to make alliances with other players as they can help you trade and help you survive.

In addition, you should choose a server with a low ping. This will ensure a more pleasant online experience. Also, Rust servers are often reset to allow players to start fresh, so make sure you join them at the beginning of a reset cycle. Otherwise, you’ll find yourself competing with rivals for prime locations and valuable resources.

As you progress in the game, you’ll discover more challenges and more content to conquer. You can take up the challenge by joining other players, or you can go alone. You’ll start out with primitive tools and eventually build massive bases. You’ll face wild animals and hunger and thirst, but the main threat is the other players. Despite its popularity, Rust is not a game for everyone. It requires planning and vigilance to become an expert.

You can also join a trio. This will help you survive in the environment while also earning money. They’ll also be able to build and raid a base together. There’s a new type of raid available, where players will compete against each other. The goal of this mode is to survive and defeat the boss dinos.

Dedicated servers are another way to play Rust. These servers can be hosted on a home PC and are accessible by other players. They are usually small in size, but large enough to accommodate hundreds of players.

Getting outnumbered in Rust

Getting outnumbered is one of the most frustrating aspects of Rust, and here are some tips for solo players who want to stay alive in the game. While it’s never advisable to be completely outnumbered, you should try to minimize your chances of this by staying out of sight and gathering enough resources to equip yourself with weapons. Even a seasoned combatant will find it difficult to survive if there are multiple opponents, so it’s important to stay vigilant.

One of the most important tips for surviving in Rust is to stay alert. You must remain on guard, be aware of any noise you might make, and always listen out for gunshots. This can be particularly important if you’re playing alone, so it’s best to take things slowly.

Another helpful tip for solo players is to stay away from areas where the population is high. This includes the spawn zone and monuments. Enemy groups are known to set up bases in these places. Besides, a solo player should always wear decent clothing and rush to a snowy area.

Getting outnumbered in Rust is the worst feeling in the game, but it’s worth it to learn to deal with it. Rust is a strategy game that is all about tactics and survival. But playing the game alone can be a real challenge. If you’re not careful, you can end up getting outnumbered and losing. This can make it hard to build a base and progress in the game.