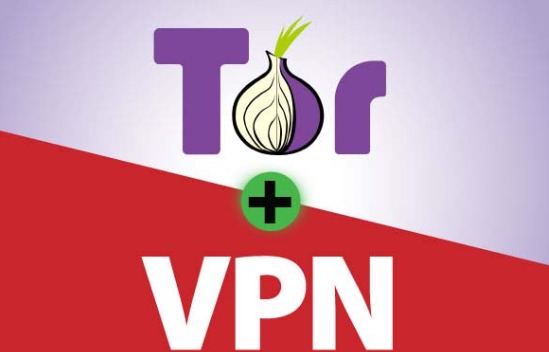 Tor over VPN is one of the most common ways to use Tor with a VPN. It allows you to select the country that you want your outbound IP address to come from, and encrypts data on its way to the entry node. However, it exposes your exit node to de-anonymization attacks. To protect yourself from such attacks, you should choose a VPN that does not log your real IP address.

A VPN is also helpful when you want to browse anonymously and protect your privacy on the Internet. It can bypass firewalls, censorships, and region blocks. It can even bypass Netflix’s geolocation restrictions. By spoofing your IP address, you can watch Netflix content that is otherwise blocked in your country.

One of the biggest risks with using Tor is a hacked exit node. A compromised exit node can steal your passwords and information. Another risk is downloading malicious files. These files may contain malware, which hackers can use to launch a ransomware attack. If you want to prevent infection, you should always use a VPN with malware blocking capabilities.

VPNs do not prevent the Tor network from being compromised, but they can protect you from online hackers. The advantage of VPN over Tor is that it disguises your real IP, which prevents online services and websites from blocking you. A VPN also gives you the option to select a country for your outbound IP address, which is great if you’re trying to access geo-restricted services.

VPNs and Tor are great privacy tools. VPNs and Tor can be used together to get the most privacy and security from the Internet. VPNs provide a high level of anonymity, but they can be a bit slower. If you’re looking for privacy, it’s better to use a premium VPN than a free VPN.

Tor over VPN is the most common way to connect to the Tor network with a VPN. Tor is an open source network that is used to hide your IP address. It works by routing traffic through several computers, called relays. Each relay receives data from the other users, and then forwards it to the final destination. This process gives you additional privacy and security, and protects you from hacked Tor routers.

It encrypts data on its way to the entry node

If you want to use Tor with a VPN, you should make sure you select one with a high encryption level. This ensures that the data that is sent from one device to another is secure. The way Tor works is that it maps the path from the device to the exit node and applies three layers of encryption. The first node on the trip will strip the outermost layer, determining the next destination, and then the second will do the same thing. Once the second node has received the data packet, it will then send it to the exit node.

Using Tor with a VPN is not recommended for everyone, however. It’s slow and requires at least three encrypted hops to reach a destination. However, it can help you protect yourself by limiting the use of your IP address. Additionally, it protects your browsing sessions by hiding your IP address and real location from the entry node servers.

VPNs are generally more secure than Tor, but VPNs have their own disadvantages. While Tor is more secure than VPNs, there’s still a high risk of malicious exit nodes. Using a VPN before Tor increases your security. VPNs also hide your identity from your ISP, making your activity less visible to them.

Another method for combining Tor and VPN is called Tor over VPN. When using this option, you should connect to a VPN server before using a VPN. This way, your ISP or network operator will never know that you’re connected. Since Tor uses HTTPS, the VPN provider is unlikely to know that your IP address has been exposed.

Although Tor with VPN offers a high level of security, it may seem unnecessary for non-sensitive users. However, journalists, whistleblowers, political activists, and other sensitive users can use the method to protect their data in transit. In addition to protecting privacy, it also reduces the likelihood of censorship.

One of the most important aspects of a VPN is its ability to hide your outbound IP address. VPNs are network services that route your web traffic over a network of servers. They use a protocol called onion routing, which was developed by naval researchers in the 1990s. This protocol encrypts data packets as they travel across the Internet, ensuring that only the desired data packets reach the right destination. Once you’ve connected to a VPN server, your IP address is replaced with one from the country of origin.

Although a VPN can provide a level of privacy and security, it does have some drawbacks. The NSA is able to obtain the IP addresses of thousands of Tor users with their XKeyscore computer system that analyzes online activity. However, a VPN over Tor can add an extra layer of security against malicious exit nodes. This is because the traffic from a VPN is encrypted before being sent to the internet. As a result, even if an exit node does spy on your traffic, it cannot see it.

It exposes your exit node to potential de-anonymization attacks

A VPN is one way to protect your exit node from potential de-anonymization attacks. By using a VPN, you can keep your IP hidden and use Tor to access websites without revealing your real identity. Tor works by routing web traffic through a network of randomized servers and has three layers of encryption. These layers protect your IP address from websites and prevent your ISP from tracking your activity. Your Tor exit node, however, can still see your public IP address. This means that your identity cannot be traced. This is a problem because if your exit node is compromised, you’re vulnerable to surveillance and malware.

Another problem with a VPN is that it may not provide adequate protection. A VPN may not block all traffic and it’s not secure enough to keep your Tor exit node anonymous. Additionally, it may not provide enough encryption to protect your data from de-anonymization attacks. VPNs can also be used for other purposes, such as connecting to Tor exit nodes that are banned.

When setting up a VPN with Tor, you must choose a provider with a reputable reputation. You can also look into the legal jurisdictions of the provider. For example, you may be using a colo in the United States, and you may not want to open yourself up to de-anonymization attacks.

A security researcher who runs his own node on Tor found evidence of a “threat actor” in 2017, and uncovered proof of the same in 2019. These malicious servers are running large segments of the Tor network to spy on Tor users.

Another major security problem that Tor users face is that if they use a VPN, the ISP and the authorities can monitor the traffic on the network. Without a VPN, the Tor guard node can see your public IP address, which can reveal personal information.

Network defenders must closely scrutinize network traffic, as well as traffic from Tor entry/exit nodes, to understand what they’re blocking. If you suspect that a particular Tor entry or exit node is exposing your system to de-anonymization attacks, you must block these Tor access points. This process can be time-consuming, but allows greater flexibility.