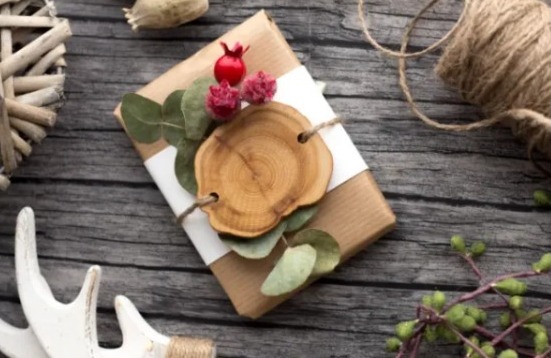 Matchmaking is a very important part of competitive gaming. It is the process by which players are connected in a game online or offline. It allows players to play against one another and ensures a fair game. In some games, you can increase your Matchmaking Rating. This article will explain what this metric is, how it works, and how you can boost it to your advantage.

Matchmaking rating systems are used to match players in games. The system tries to pair players of similar skill levels, but in reality, this isn’t always possible. As a result, some players end up in less than favorable matches. In these situations, compensation systems are implemented. For instance, underdogs lose less MMR for a loss and gain more TP for a win than favored teams.

The MMR is a calculation of the number of games that you’ve played in a given amount of time. This number can change based on several factors, including the skill of your teammates and the internet connection. Some games have a requirement of 300 games for you to be placed in the appropriate league.

Matchmaking Rating has become such an important topic in video games that there’s even a cottage industry devoted to it on YouTube. Many gamers are interested in figuring out how to boost their MMR. According to one creator, a good matchmaking system allows a player to play with opponents of a similar skill level.

The MMR value of a player is determined by a process that runs thousands of simulations. This simulation determines whether a player’s team is a good match for the player’s skill level. When a match is ready, the system will notify all players. The pre-game can then begin.

In multiplayer online games, the MMR is an algorithm that is used to determine players’ skill levels. It goes up when a player wins and decreases when he or she loses. Games use the MMR to make games more fair and enjoyable for everyone. The MMR is usually based on points, and losing can reduce your MMR, making it more difficult to win.

Games use MMR to group players of similar skill levels. The MMR system is designed to make the gaming experience fair for both players. The objective of MMR is to ensure that everyone can enjoy the game and compete with other players in the same tier. In most cases, players raise their MMR by winning matches, and lowering it by underperforming in the same matches. However, most game makers keep the MMR formula secret in order to prevent cheating.

When a player’s MMR falls outside of the legal range, the matchmaker tries to match them with a team member with similar skill level. The system also looks for teammates who are closer to their opponent than it is to them. In PUBG, this system tries to find teammates that are similar in skill to each other, but not necessarily in position.

MMR decay is a phenomenon common in competitive online multiplayer games. When a player does not play in a ranked game for a long time, his MMR rating starts to decrease. It decreases by a few points. However, players with a higher MMR will have a lower period of inactivity.

The MMR also determines matchmaking. In normal games, players often play against other players of similar skill levels, keeping the game balanced. For example, a Diamond player will not be matched up against a Bronzie. Therefore, the MMR system makes matchmaking in ranked games more fair.

How it affects competitive play

MMR affects competitive gaming in several ways. First, it makes it harder for players to win games. A weak player on one team will often outperform an experienced player, causing the match to hang in the balance. Second, MMR reduces the influence of the SR on the outcome of a match. As a result, no Competitive Overwatch player has a fair chance of winning a match.

This is a purely technical answer, but the gist is that MMR is used to rank players according to their skill and performance in games. Before a player can get a ranked placement, they must have a certain amount of MMR. This means they need to perform well in ten games, and a higher ranked MMR will give them a better chance of success.

The MMR also ensures that teams with similar skill levels are evenly distributed. This balance is necessary to avoid a lopsided match, which makes players more likely to cheat. In competitive games, a low MMR may allow a Challenger to sneak up on you and steal your lead.

MMR can also help players find matches based on skill. The higher the MMR, the more likely they’ll be matched with players with similar skill levels. In competitive gaming, players can earn seasonal ranking medals based on MMR, and players with high MMRs are listed on world Leaderboards.

If a player forgets to play ranked often, their MMR will decrease. However, if they win more matches, their RR will increase. This means that if the player is consistently winning, their chances of moving up the leaderboard are significantly higher. Moreover, the player’s LP will increase.

How to increase it

One of the easiest ways to increase your MMR in gaming is to win more matches. This is especially useful in games like League of Legends, where you can climb the rankings and become the top player. Your MMR is a ranking system similar to chess, and each player receives points based on their performance. If you want to increase your MMR, you should win more matches, get more ringouts, and deal more damage.